Job hunting is a multistep and time-consuming process. You need to do well at each stage to leave numerous other applicants behind.

So, you sent your resume to the recruiter and managed to get an interview. It doesn’t matter whether you did everything yourself or used a specialized site dedicated to resume writing to edit resume online like at SkillHub – the job is done. But now you face a new challenge – to prepare for an interview and answer all the questions perfectly.

Usually, people start looking up the most common interview questions. But what’s crucial is to understand what’s behind them so that you can give precise and creative answers – the ones that will not only prove that you’re a worthy applicant but distinguish you from other candidates.

In this article, you’ll find explanations and examples of some of the best and the most creative answers to typical interview questions.

“Tell Us About Yourself”

It’s probably the first question during a job interview unless the recruiter is feeling creative too. The biggest mistake one can make is to start telling random stuff about themselves. Don’t trick yourself by thinking that the employer wants to get some insights about your personal life because they don’t.

What’s needed from you is to give basic information about your skills and achievements. Try not to sound as if it’s a commercial, though. Be concise but honest; tell everything as it is.

A good idea is to start with previous work experience. Talk about your main achievements, indicate what hardships you faced, and explain how you’ve dealt with them.

“Why Did You Apply For the Position?”

We’re trying to be creative here, so it’s obvious that one needs to avoid generic answers like “I found this position while searching for a job and decided to give it a try.” Better answer with how particularly you found the vacancy. If it was through LinkedIn, for example, say it.

A good answer would sound like this: “I was browsing through LinkedIn when I found this vacancy. The requirements seem like a perfect match to my skill set and experience.”

“Why Should We Hire You?”

Once again, don’t try to sound like a car dealer. There’s no need to brag about all of your strong points and achievements for 10 minutes. Elaborate on why you fit the position perfectly. That means giving the information that would both distinguish you from other candidates and prove that you’re worthy.

Tell about some other qualities of yours that may not be important right now but could be useful in the future. Or maybe you know how to improve the workflow or performance in general using these qualities. Generally speaking, there need to be a few main points and one or two additional ones.

“What Are Your Strengths and Weaknesses?”

The question is pretty similar to the previous one, with the exception that now you have to talk about weak points. Never say that you don’t have them – nobody will ever believe it. We’re all humans who have weak sides and make mistakes. The important part here is to elaborate on your strong points and show why they may come in handy for the job in that particular career field.

What’s crucial in talking about weaknesses is how you’ve dealt with them. Provide an example of a situation where you could have made a mistake because of them but worked hard on yourself to improve and eventually won this battle with your inner self. No need to get too personal, though.

“Do You Have a Degree, and How Can You Put Your Education to Use?”

Remember, lying is the worst thing you can do during an interview. Countless individuals are rejected simply because their words don’t match the facts, which can be proof-checked in a few clicks. Why does it matter so much in this question? Not everyone has a degree, so people try to come up with false information.

“What Salary Do You Expect to Have?”

Always come prepared. That means you should research the job market and find out what the average pay for such a position is. Sometimes, a salary is stated in the vacancy details. In such cases, just say that it’s a good one for the beginning, but you’ll prove yourself to be worth more in the future.

Don’t try to go too high or too low, though. In the first case, you’ll probably get rejected, and in the second one, you’ll just be underappreciated and even neglected in some situations.

“Do You Have Any Long-Term Plans or Expectations?”

Be realistic but confident. But don’t go over the top. Telling the recruiter you’re going to take their position or replace the current CEO isn’t a good idea. Also, there’s no need to mention future occupations, positions, and payments at all.

The best idea is to explain how you expect yourself to become useful for the company and how you’ll work to improve the workflow. If there’s a particular plan in your mind, tell it in general words without going too deep into details.

As you can see, the most important points during an interview with an employer are being honest, concise, and knowing how to represent your own qualities at their best. Don’t try to impress the recruiter.

Instead, prove that your previous work experience, skills, personal qualities, and future plans match the company’s goals and that you’re capable of fulfilling the duties, implementing new ideas, and improving already existing processes. 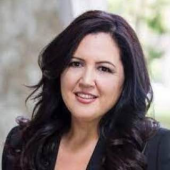 Rachel Evans is a professional resume editor and an experienced marketing specialist at Skillhub. In her career in marketing, Rachel always strives to keep up with the hottest trends, innovations, and new marketing channels. She had aided multiple job-seekers in building their resumes from scratch and can help you even when you don’t know where to start.

Four Tools You Need To Land a New Job