Getting LinkedIn To A Job

This article first appeared in C&EN site on November 4, 2013

In 2009, chemist Tamal Ghosh saw an online posting for a job at the PepsiCo Advanced Research division that matched his skills and interests. He wanted to learn what life was like at the company, but he didn’t know anyone who worked there.

He soon discovered that one of his college acquaintances knew someone at PepsiCo and was willing to make an introduction. The PepsiCo staffer subsequently spoke with Ghosh by phone and then introduced Ghosh to the relevant hiring manager, who invited Ghosh in for an interview. Shortly thereafter, the manager offered Ghosh the job.

Ghosh says insights he gained from talking to his first PepsiCo connection gave him an edge during the interview. “I was able to identify some of the needs of that group and exactly what they were looking for,” recalls Ghosh, who is now a senior principal scientist at the company.

Getting to that key PepsiCo contact, through Ghosh’s college friend, was the result of using LinkedIn. This social networking website allowed Ghosh to discover that association—much like a family tree reveals who is connected to whom. “I couldn’t have done it without LinkedIn,” Ghosh says. Or at least “it would have been much more difficult.”

Job seekers are increasingly using Linked­In networks to open doors to new opportunities, says Joshua Waldman, founder of CareerEnlightenment.com and author of the book “Job Searching with Social Media for Dummies.” “From a tactical point of view, LinkedIn has changed how to go about looking for work.”

LinkedIn’s strength is its ability to help people grow their networks and keep track of their connections.

As Ghosh’s experience suggests, connections don’t have to be particularly close for the power of networking to kick in. If you discover that one of your initial connections knows someone you’d like to meet, you can simply ask them to facilitate an introduction. And the more connections you have, the larger the network of people you can tap into.

“Unlike in real life, LinkedIn never forgets the links,” says chemistry blogger Chemjobber, who also found his current position as a research chemist for a chemical company through LinkedIn. C&EN has agreed not to disclose his identity because it could interfere with his employment.

Several years ago, Chemjobber had been eyeing a job at a company back in his hometown. Using LinkedIn, he discovered that his undergraduate adviser was connected to the owner of the company. Chemjobber asked his adviser to make an introduction, and that opened the door to an interview, which led to a job offer. “A lot of job hunting, job searching, and job getting these days is through personal connections,” Chemjobber says. “And LinkedIn is a very good way of helping with those personal connections.”

People looking for work aren’t the only ones making use of LinkedIn. In fact, recruiters rely heavily on LinkedIn profile searches to identify qualified job candidates. According to a 2013 survey of more than 1,600 recruiting and human resources professionals by recruiting platform Jobvite, recruiters used LinkedIn 93% of the time in their recruiting activities.

“What I tell job seekers is that, if you’re not on LinkedIn, you better get on it as soon as possible, because recruiters are definitely using LinkedIn as a source of candidates,” says Kerry Boehner, an executive recruiter at KOB Solutions who specializes in the biotech, pharma, and medical device industries. Set up a good profile, she says, and “start connecting with people, and I guarantee that recruiters will start calling.”

“In today’s job market, the LinkedIn résumé is the only thing people might see before they contact someone,” says Mary Canady, founder of San Diego life sciences business development company Comprendia. She also started the San Diego Biotechnology Network, a networking association. “I suggest that people make their LinkedIn résumé as complete as their actual résumé. You want your LinkedIn page to come up when people are researching you for a job.”

Another way to tap into the power of LinkedIn is by joining groups, participating in their discussions, and sharing your expertise, Waldman says. “People need to start to engage with their communities,” he says. “When you’re active on groups, you start to build new relationships.”

That’s how chemist James Wasas landed his current position as vice president and director of refining operations at Great American Mint & Refinery in Anaheim, Calif. At age 68, Wasas was not looking for a job last year when he saw a notice on one of his groups’ message boards that the new company was looking for someone with expertise in chemical refining of precious metals. Rather, Wasas was on LinkedIn to help others solve technical problems.

But as luck would have it, Wasas was growing tired of living in New Jersey, where he was working for a research and development company on natural gas purification. His house had been severely damaged by Hurricane Sandy in 2012, and the idea of moving with his wife and children to Southern California was appealing.

Wasas responded to the job posting, and after several conversations and an in-person interview with the company’s president and cofounder, Philip P. Dodge, Wasas was offered the job. He started work in January 2013.

Dodge says Wasas’s activity in the various discussion groups caught his eye. “By following the chat boards that Jim was involved in, I was able to see how other chemists were reacting to his suggestions and explanations. Based upon the apparent credibility of his comments in these chat boards, I was able to ascertain that he was worth spending some time with and talking to,” he says, adding that Wasas had built and managed several precious-metal refineries in South America and the U.S., making him an ideal candidate for the position.

Dodge points out that more than half of the scientific and executive team he’s hired so far have come through LinkedIn introductions. “This business of precious-metals refining and manufacturing is fairly esoteric, and there aren’t a whole lot of people out there that specialize in this,” he says. “If you use traditional media to try and hire, you’re advertising to the masses, and very few of the people that you’re advertising to know anything about what it is that you do.”

While LinkedIn can be an effective tool for job searching, it should not replace other good networking skills, Waldman says. Once you’ve made a connection online, try to take it offline as quickly as possible, he recommends. “Make sure you’re going up the ladder of intimacy,” he says. An e-mail could lead to “a 10-minute phone call, and the next step could be meeting for coffee.” And before you know it, you could be shaking hands with your new boss and accepting that job offer. 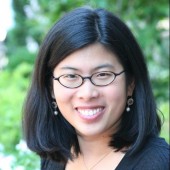 Linda Wang is the Senior Editor of Chemical & Engineeering News or C&EN.

Congratulations! You Are the Top 1% of LinkedIn’s Email Marketing List…

3 Reasons LinkedIn Is NOT the Only Resource for Job Seekers