A few weeks ago I was laid off from my job that I had been at for the past 2 years. I immediately hopped into panic mode. But after some careful reflection, I realized that in the past when I was unemployed, I always ended up in a much better situation at my next job.

When people get laid off or lose their jobs, more often than not they immediately jump into panic mode and frantically start worrying about all the things that could go wrong in the situation.  They tend to start their job search rather impulsively and before they know it they’re willing to take whatever they can get because of the bad economy. While this might be a short term fix, the long term impact of this could be detrimental:

When searching for a job, the thing people need to consider is the long term implications of their decisions. The period in which you’re unemployed is actually a fantastic time to do that and make massive positive changes in your life.

People will argue that when you’re unemployed you don’t have money, but you have time and the opposite holds true when you have a job. But you don’t need money to make massive changes in your life. Time is the most precious asset at your disposal and it’s amazing what can be done when you are able to use your time to work on an important goal.  There are plenty of things that you can do to make massive improvements in your life when you’re unemployed.

When we’re working full time one of the things that happens to far too many people is that they completely neglect the importance of health and fitness.  One of the best ways to spend a portion of your day when you’re unemployed is to be physically active. This will provide benefits that go far beyond physical fitness. There’s a strong connection between your state of mind and your level of physical activity.  Remaining physically active will enable you get through your period of unemployment with a smile on your face.

As we get caught up in going through the motions of life we often forget about our creative passions. It could be writing, painting, or learning to play a musical instrument. Putting some of your time into a creative outlet when you’re unemployed will not only give you a sense that you’re doing something productive, but also a sense of fulfillment.

Searching for a job can be demoralizing.  If we’re not careful the mindset it puts us in can start to impact every other element of our lives.  However investing our time in reading motivational books or blogs and listening to self help tapes can play a major role in maintaing a powerful mindset in the face of a challenging circumstances in your life.

Many people do nothing other than look for their next job when they’re unemployed, even though they have all the time in the world. This is not only depressing and ineffective, but incredibly boring and does nothing to improve the quality of your life. It’s possible that you could might be unemployed for an extended period of time and if your future employer asks what you did for the last several months, your time would be better spent developing the kinds of skills that would prepare you for your next job than just searching for it.

The most difficult element of not having a job is not making money. But, it doesn’t mean you have to give up other things in your life.  We’re driven by the desire to achieve, connect with other people, and have influence and respect. Just because you don’t have a job it doesn’t mean you shouldn’t do those things. Those are the things that are going to drive you. So, you do them and don’t make any money. That’s better than not doing them and not making any money.  Don’t let the fact that you are unemployed infect every other element.
Peter Bregman, HBS.org Contributor

Unemployment can be an absolute blessing in disguise if you see it as opportunity rather than adversity. The key is to take action towards the things that could improve your life. 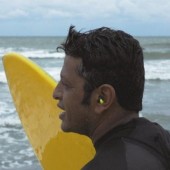 Srinivas Rao is the author of The Skool of Life where he writes about the things you should have learned in school but never did. He’s also the host-co founder of BlogcastFM, a podcast with over 200 interviews containing proven strategies to grow your blog.

Find Your Career Icon for 2018

3 Reasons You Are Not Getting Promoted