If you thought social recruiting happened exclusively on LinkedIn, consider this: 54% of companies on the American market use Twitter for sourcing and engaging talents.

If you’ve been an active job seeker these past few years, this should hardly come as a surprise – already in 2011, 8 million Americans admitted that they’ve scored their current jobs through Twitter.

Even if it seems that today literally everyone is tweeting away and building their personal brands, it doesn’t mean that they’re getting the most from this unique social network. Here’s how to use Twitter as a job hunting tool.

If you’re not a recent college grad, you probably realize that a large number of open positions never get advertised. Sometimes companies just prefer to fill them with internal resources or conduct a headhunting campaign before publicizing the opportunity in the form of a job posting.

Following your favorite organizations and their employees will allow you to be the first one to learn about those opportunities before they become public knowledge. Listening closely to industry influencers will help you to learn about latest hiring trends and company expansions. This kind of insider knowledge is extremely valuable.

You can rely on various apps or websites to help you make sense of the immense Twitter conversation happening in your sector. Have a look at TweetMyJobs.com, a website which delivers to users customized job leads directly to their Twitter feeds.

The benefits of hashtags

If you’re not new to Twitter but have just begun to consider it job-wise, you can start your research by looking at different hashtags to see all available opportunities. Some of the most popular hashtags for your job search include: #Hiring, #NowHiring, #Jobs, #Careers, #JobOpening or #JobPosting.

It’s a good idea to follow industry-specific hashtags as well, for instance #Techjobs, #PRjobs, #Marketing, #ITjobs or even #Freelance if temporary opportunities suit your tastes.

That’s right, you’ve probably heard that Twitter is an excellent place to hang out and show yourself as a professional, building a strong personal brand and differentiating yourself from other candidates. They usually tell you what to do – share engaging industry news or spot-on observations – but maybe it’s time you learned what can ruin your networking attempts.

Here’s what to avoid and make more friends in the process:

When networking on Twitter, remember that your goal is to take that connection offline or at least off the public network.

An insider’s view into companies

There’s nothing more interesting to see than employees of a company tweeting away about their jobs. You can not only learn their attitude towards the employer, but also see what kind of company culture prevails in the organization. You’ll learn first-hand about new directions, products or developments.

Going in for an interview equipped with such knowledge will help you to impress the recruiters. Investigating the interviewer, you’ll be able to find some common ground (professional or personal) which you can use as a differentiator during the interview.

Taking a few small steps at a time, you’ll might slowly grow into using Twitter as a primary element in your job hunting strategy. The above are the simplest and most effective techniques to help you take advantage of Twitter as a job search tool in no time. 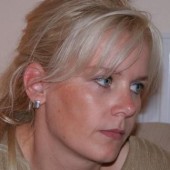 Torri Myler is a team member at http://www.bankopening.co.uk/ - a UK bank resource offering bank branches opening and closing times. She combines her background in digital marketing with her interest in writing.

5 Ways Recruiters Are Using Twitter and Why You Should Care