In the world of professional networking, the internet has become the “virtual rolodex” for business people. This infographic from Richard Madison of The Brighton School of Business & Management examines the differences and benefits of Facebook and LinkedIn for professional use.

In terms of launch date, surprisingly LinkedIn beat Facebook to the punch. The professional network was set up in May 2003, with TheFacebook (later Facebook) being launched in February 2004. Both companies have their headquarters in California, USA, and while LinkedIn’s $1.52 billion revenue seems impressive, Facebook dominates with a $7.87 billion bottom line.

In terms of marketing both platforms have their place, Facebook is clearly a medium which puts marketing second to social sharing, but their user base is vast, and their advertising opportunities are strongly visually engaging. While LinkedIn lends itself perfectly to the critical b2b marketing tactic of networking, rather than faceless advertisement.

Check out the infographic below to learn more about the two social media platforms! 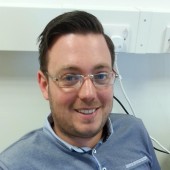 Richard Madison is the marketing executive for the Brighton School of Business & Management – an online distance learning company specialising in UK accredited Management and Business qualifications. As part of his role Richard writes regularly about innovative practices in the Leadership and Management sector.

Using Social Networking To Stand Out in Your Summer Internship

[Infographic] How Businesses Use Social Media To Find Talent

The State of Global Professional Networking [2014]