The Psychology of Interview Success & How to Harness It

Two candidates walk into an interview. The first has several years’ relevant experience and flawlessly flaunts his abilities in his answers. He plays up his skills, plays down his mistakes, and emphasis his past experience above everything else.

The second candidate is neither as qualified or prepared. But she is charismatic, went to the same university as her interviewer, and enthuses about their office’s recent renovation. Who gets the job?

If you answered “the second candidate”, then you’ve already recognised the impact that human psychology can have on job interviews. It may be unfair, but it’s inevitable. Understanding it is the first step to using it to your advantage.

As an interview is almost always the second stage of a job application, most employers have already seen your CV, cover letter, and accompanying paraphernalia. What people don’t think about is that this means they have already decided that you have the qualifications or ability to do the job well, or they wouldn’t waste their time interviewing you.

Consequently, what they’re primarily looking for at the interview is how you come across, how you interact with other people, and whether you’d fit in to the company culture. There’s no metric for such qualities, so they judge you on likeability, which necessary means how likeable they find you.

Biased? Yes. Avoidable? No. There is a psychological phenomenon called the Halo Effect, which basically means that we judge someone’s competence and personality traits by extrapolating out our general impression of them. If your interviewer likes you, they’ll subconsciously assume that you’ll be good at doing the job on offer. If they don’t like you, the reverse is true.

How can you be universally likeable? For one, by taking advantage of a dirty little secret common to all human beings – we all think we’re better than everyone else. Termed the ‘above average effect’, it makes us incredibly susceptible to flattery. Hiring managers, being as delusionary average as everyone else, are more likely to offer a job to a schmoozer. In fact, such ‘integrators’ are more likely to get a job than someone who spends the interview talking about his abilities and talents.

Can’t quite bring yourself to brown-nose a stranger? Praising the company or its products also improves your probability of being hired. And good news for bad actors – even perceptively insincere flattery generates a favourable reaction. Yeah, we’re that delusional.

We’re The Same, You and Me

When it comes to hiring, the same bias applies: we hire people we regard as similar to ourselves. Luckily for interviewees, a single similarity will do. Thanks to our medial prefrontal cortex, when we discover something we have in common with a person, our tendency is to extrapolate it out and decide we’re similar in all aspects of our life. (The same effect applies with differences, so be careful not to disagree with your interviewer!)

This is where social media is your friend – a quick Google should give you some worthwhile information about your interviewer’s interests and preferences. The trick is subtlety – revealing that you know where they went on holiday from stalking their Facebook snaps is just going to get you considered a creep.

I Think It’s Got Potential

If you convince your interviewer of anything, convince them of your potential. Employers only care about past experience and qualifications insofar as it’s an indication of how well you’ll do their job. In fact, employers will pick someone with great potential over someone with great experience. It sounds counterintuitive, but you’re actually more likely to get a job by demonstrating that you could be good at something than by proving you actually are good at the very same thing.

It’s entirely illogical, and done for the most fatuous of reasons – we find experience boring. A candidate with only potential to recommend them is an uncertain proposition, which makes our brain fixate on it as a problem to solve. It is this increased time devoted to thinking about the candidate which intensifies our initial positive impression to the point that we convince ourselves they are the best candidate.

Do You Feel Lucky, Punk?

As any devotee of Game Theory will tell you, the problem with human beings is that we persist in acting irrationally, and often against our best interests. Most interviewers are either unaware or unable to control the psychological tics influencing which candidate they recommend, and so until computers take over the recruiting process job applicants are stuck playing mind games.

Unfortunately, choosing your interview time or assessing the competency of your fellow applicants often won’t be an option. But at least you can console yourself that your subsequent rejection was due to the uncontrollable winds of fate, a policy which psychologist call ‘external attribution’ and which leads to greater happiness and improved self-esteem.

Psychological tricks do have their uses. 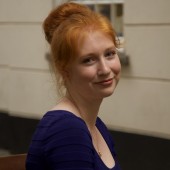 Jack of All Trades, or Master of One?