Do Robots Destroy Our Jobs? Pros and Cons

Are you afraid that robots will take your job? If you are, you might think of robotic automation as an inevitably disruptive force that has the potential to undermine our livelihood. Well, no one cannot really say that you’re wrong.

Why? Listen to this.

An Australian company Fastbrick Robotics has recently developed the Hadrian X, a robot that can lay 1,000 standard bricks in one hour. Clearly, no human can match this performance.

A Swedish producer of dairy products DeLaval International recently made a statement in which the company announced a switch from human milking to robotic milking (yep, even this job may not be safe now).

An American tech company Simbe Robotics has designed Tally, a robot able to work in a supermarket. It can roam among the aisles and ensure that all products on shelves are properly priced, stocked, and placed.

Wow, what a breakthrough. The humans are already designing incredible helpers that once were the stuff of science fiction. That’s great, right? Or should people reconsider the whole idea because it threatens to leave thousands unemployed?

Let’s dig in deeper and discover what the future holds for humans whose job security may be threatened by robots.

What Does the Science Say?

To make an informed conclusion, we need to review the latest studies in the field and analyze the results.

Recently, a group of researchers from Oxford University has estimated that 47 percent of jobs in the United States could be automated within the next twenty years. According to the researchers, these jobs were “susceptible to computerization,” so they were placed in a high-risk category.

The list of susceptible jobs included office and administrative support employees, transportation and logistics occupation, and labor in production occupations.

However, these results, although consistent with other studies, don’t guarantee that these jobs will be computerized.

These findings are supported by another study looking at U.S. employment from 1997 to 2007. It discovered that each new robot added to the total workforce resulted in a loss between 3 and 5.6 jobs in the local commuting area.

Moreover, the robots had an effect on salaries. Specifically, for each robot added per 1,000 human workers, salaries in the area fell between 0.25 and 0.5 percent.

Clearly, those saying that robots will take our jobs may have a point. But what about the other side of the debate?

Humanity is very much familiar with computerization and fear of losing jobs to machines. Yes, you read it right, we have already faced this problem before. If we look back to the industrial revolution, we discover that artisans, craftsmen, farmers, and other occupations were replaced by large factories and machines to create the 20th-century economy.

Despite the people’s natural fear of their skills being rendered obsolete by technology, the new-century economy has created a wide range of new job opportunities. For example, finance experts are the group of new employees the need in which emerged due to an unprecedented increase in productivity.

The list of new jobs also includes engine mechanics, pilots, analysts, and many more others.

Those suggesting that the robotics industry will produce a similar effect this time have a point as well. The technology can help humanity to deal with this problem; for example, a recent report created by MIT experts suggested that artificial intelligence (AI) will create as many jobs as it eliminates.

For example, the report describes that AI systems will need a lot of human workers to teach them how they should perform. Also, they will require people capable to bridge the gap between technologists and business management. Finally, there will always be a demand for maintainers of these systems.

Pros and Cons of Robots in Workplace

Now let’s recapture everything and define advantages and disadvantages of having robots working alongside humans.

The spread of intelligent robots will certainly destroy some of the jobs held by humans. Last year, U.S. treasury secretary Steven Mnuchin said he was “not at all” worried about robots displacing American workers.

This may be true because the industry will create new jobs as the 20th-century industrial revolution did, but strong evidence suggests that employment is likely to suffer.

If history is any precedent, the humans will be fine. But no one can be sure, so defining the role of robots in the 21st century remains a critical task to ensure job security for thousands. 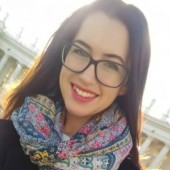 Lucy Benton is a marketing specialist, business consultant who finds her passion in expressing own thoughts as a blogger, and currently works at www.assignmenthelper.com.au. She is constantly looking for the ways to improve her skills and expertise. If you’re interested in working with Lucy, you can find her on Twitter.

How to perfect your Facebook profile for their new job function

[Infographic] How Your Social Media Obsession Can Become A Career

Why You Should Flaunt Your Diversity in Your Social Media Profile