Should social media have a place at work?

Companies aren’t ignorant to the repercussions of internet access among their employees. If a person thinks they’re outsmarting their employers by using Facebook or Twitter on the sly, rest assured that your superiors have already accounted for it.

It’s no secret that people check up on their wall posts, tweets, messages, and notifications during downtime at work. The studies, infographics, and first-hand accounts of rampant social media use during work are legion.

So is this a major cause of concern for employers? Is social media usage the bane of worker productivity as some say? I don’t think the answer can be reduced to a simple yes or no. Consider these key points on the matter.

Despite what some naysayers my claim, social media isn’t limited to Facebook status updates about how boring your day is or reblogs of a cute cat picture on Tumblr. This point may be a bit old hat, but it bears repeating. More and more companies are expanding their operations online, and web based startup companies are more commonplace than ever.

Obviously there’s a real professional presence online that can only be captured through the savvy use of popular social media platforms. Old-fashioned networking events where you meet and greet associates in person—though useful—takes a backseat to online networking.

From a marketing perspective, services like LinkedIn are the most obvious choices for professionals and entrepreneurs looking to reach valuable contacts online, but there are more casual services that can be equally beneficial.

A small business owner may have much more success spreading word about their business on Twitter or Facebook than they would on LinkedIn, simply because more people use those platforms when they’re on the web.

A distraction both beneficial and hazardous

The most obvious complaint about social media usage in the workplace levied against employees is that it distracts from the work at hand. Why is an employee browsing their cousin’s wedding photos when they should be working on a company project?

You could argue that an employee surfing social media sites would be negligent of their time, but you could equally make the argument that their usage functions as necessary decompression time from work-related stress. A few minutes on Twitter is a small price to pay for worker morale. Happy workers are good workers,

One could also make the case that social media usage can tangibly benefit people in the workforce. Those in the creative industry, for example, could chance upon a shared story or link to a site that gives them unexpected inspiration for a project or an article.

An employee conducting research might find that social media outlets provide some of the best information on a subject. Company contacts might prefer social media as their primary means of communication. The uses of social media are nearly endless, providing rich material for just about anyone who looks in the right places.

It’s 2012, and the Web 2.0 movement is ages old by any technological standard. Social media platforms have stood the test of time, evolving from innocent spheres of socialization between friends to an incomprehensibly huge structure that dictates much of the information we receive today.

Social media tools definitely have their drawbacks, but for almost any workplace the benefits will far outweigh them. 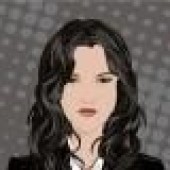 Monster’s 7 Warning Signs May Have Come Too Late

Are You a Jack of All Trades, or Master of One?

How Are Businesses Using Technology To Benefit Employees And Customers