Back in 2009, 22-year-old Connor Riley was offered a job at Cisco. She celebrated by tweeting, “Cisco offered me a job! Now I have to weigh the utility of a fatty paycheck against the daily commute to San Jose and hating the work.” Cisco unfortunately didn’t find this to be funny and rescinded the job offer. It was a tough lesson for Riley to learn, but due to the national attention this tweet received, a lot of people could learn along with her.

Social media outlets have become an integral part of the job search. According to Washington State University’s online MBA program, 93% of recruiters are using LinkedIn, 66% use Facebook, and 54% use Twitter to find candidates for employment. In order to make a marketable impression, candidates must, for the most part, refine the content of their public posts to be industry-related inquiries, articles and otherwise inoffensive content. Sarcasm is largely the language of the internet for younger generations. Unfortunately, some are still unable to read this language or at least choose not to. So anything that could be misconstrued by a potential employer sadly must go.

On a more serious flipside, recent studies have been conducted that reveal possible biases associated with employers screening the social media accounts of potential employees. According to a 2013 Carnegie Mellon University study, between 10% and 33% of employers screened candidates’ social media profiles before the initial interview. In conservative areas of the country, 17% of candidates identifying as Christian received callbacks, compared to 2% for those identifying as Muslim.

Monster.com recommends that employers examine social media profiles only after an initial face-to-face interview, in order to ensure that no biases arise from information found on social media. An employer should not lose out on a potentially talented employee based on a snap judgment that can be made after a glance at a social media profile. It’s in a company’s best interest to be diligent and patient with the hiring process. A recent study reported in an infographic by Ohio University said that 69% of employers have been affected by a bad hire, so locating the right employee is vital to short and long-term company success.

Starting in 2012, states have been signing into law social media privacy legislation. These laws prevent an employer or potential employer from gaining access to an employee or candidate’s social media accounts. So far only 18 states have laws on the books, but that number has been steadily rising over the last few years. Within the 18 states, the specifics of the privacy laws vary from state to state.

Here’s a general conglomerate of things employers or potential employers can and cannot do in regards to social media inside these states:

In the next few years, we should see more and more states put social media privacy laws on the books. We can only hope that they protect both the employee and the employer. As a new employee, protect yourself by getting familiar with a company’s social media policy.

For a play-by-play recap of social media privacy legislation, check out the National Conference of State Legislatures’ article “Access to Social Media Usernames and Passwords.” 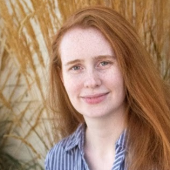 Samantha Stauf is a humanities major who is pleasantly surprised her ill-thought decision actually led to a fairly good job. She writes career guides in her free time to help her fellow post-grads find success.

5 Strategies To Trim Your Résumé To The Right Length

How to Write a Compelling Personal Statement For Your Resume

How to Write an Excellent Cover Letter