Which Social Networks Can Help You Land Your Next Job?

Facebook, Twitter, LinkedIn, Pinterest…if you’re not a savvy social networker, it can be overwhelming to continually hear that you should hop on the social networking bandwagon in order to land your next job. Which tools are really worth your time, and which ones might not be so beneficial to your career?

According to this infographic by Jobvite, one in six Americans found their last job through an online social network. Facebook is receiving 44 percent of the job seeking activity, followed by LinkedIn (26 percent) and Twitter (23 percent). ‘Super socials’ (highly-active users with more contacts than the norm) found even more success with online social networks: 28 percent found their last job through social networking, and 85 percent of those used Facebook. Additionally, in this infographicbyMBAOnline.com, 18.4 million Americans said that Facebook got them their current job.

Surprised that Facebook tops the list? Although many job seekers don’t think of Facebook as the best place for professional networking, many forget that their most engaged network is actually on the site, as opposed to LinkedIn and Twitter. While you may be connected to more professional network contacts on other sites, you may not have as strong of a relationship with those people — and networking is all about relationships.

Here are several tips for using Facebook during your job search: 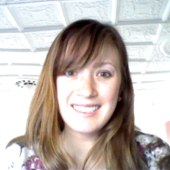 Kat Krull is the Marketing Manager of Resunate, a job application tool that tailors and optimizes your resume for a specific job, and ApplyApp.ly, an innovative job board that finds job seekers their most compatible open positions. You can find Kat, Resunate, and ApplyApp.ly on Facebook, Twitter, and Google+.

It’s Not What You Say On Social Media That Gets Employers Excited….

What Google Glass Teaches Us About Job Search

What You Need to Do to Find the Best Sales Jobs