The Three Factors That Influence Job Hopping the Most

Few workers today start at a new company expecting to stay there permanently. No matter how lavish the onboarding experience, it doesn’t change this gnawing sentiment—most companies in this day and age aren’t that loyal to their employees, so why should I be loyal to them?

Corporate ladders have long since disappeared. In their place are flat organizations, offering much fewer opportunities to grow with the company. The only way to advance for many workers is through job hopping. LiveCareer’s recently released 2018 Job-Hopping Report examines the state of job hopping, right here and right now.

But let’s a step back first. There’s an even bigger quandary at hand, something economists call the dual consumer problem. The basic idea is that buyers and sellers each try to get the most value out of transacting with one another, and at the lowest cost. In the case of the job market, workers want the biggest compensation package they can get, while expending as few of their own resources as possible to do so. Likewise, employers want maximum productivity from their employees, while paying them as little as possible for that productivity.

That creates a lot of tension on both sides. Employers want to retain good employees, and good employees want all the rewards of hard work and dedication to the employer. But what’s good for one side often isn’t good for the other. And right now, employers are the ones at a disadvantage. With record low unemployment and dozens of powerful job search apps now available, good employees are more likely than ever to job hop.

Some HR software solutions are now trying to use algorithms to predict employee turnover. But by the time it identifies employees most at risk of leaving it’s probably too late. A savvy recruiter has already connected them with the hiring team of their new employer.

Beginning (a new job) with the end already in mind

If the old saying “people join organizations but leave managers” is at least half-true, then it follows that the stage for leaving their managers is already set by the conditions by which they joined the organization. Put another way, every employee joins already having some propensity to leave, but some are more inclined to job hop than others.

LiveCareer’s report shows that employers and job seekers would do much better to address the likelihood when they first engage on the job market, not when telltale signs start showing up that the honeymoon is over.

LiveCareer took a big data approach to learn more about what job seekers and employers bring to the table that might influence job hopping. We analyzed several thousands of resumes and job ads across 12 separate occupations, altogether making up one-quarter of all occupational categories.

Natural Language Processing was used to analyze the actual language job seekers and employers use as they begin transacting with one another, and to determine whether this language was characterized more by mutual agreement or disagreement.

We then cross-referenced this data against publicly available databases covering the entire workforce to determine whether certain jobseeker characteristics indicated a higher likelihood of job hopping.

We found that the three biggest influences on job hopping were a jobseeker’s education level, age, and occupation. Here’s how it breaks down:

The study found that job seekers holding only a high school degree stayed with their employers an average of 4.4 years before leaving. That’s almost 25 percent longer than job seekers with an associate’s degree (4.1 years), and 33 percent longer than those with a bachelor’s degree (3.3 years). Interestingly, job seekers who did not provide their education level on their resumes also held their jobs on average of 3.3 years before leaving.

But the effect seems to break down after that, as jobseekers with master’s degrees stayed an average of 3.7 years per job.

2. Older workers tend to job hop less than younger workers, but only up to a point

Overall, Baby Boomer-aged workers stayed with their employers an average of 8 years, followed by Generation X-aged (5.4 years), Millennial-aged (2.4 years), and Gen Z-aged (1.2 years). However, the study also confirmed that when controlling for career stage, the tendency to job hop is approximately equal for all ages of jobseekers.

The researchers emphasized that while job-hopping diminishes with greater age and career maturity, education and certification are more reliable indicators of job-hopping propensity.

The study found that the overall average job duration across all 12 occupations was 3.8 years per job. Software developers and food/beverage servers were the two occupations with the most job hopping (average of only 2.4 and 2.8 years on the job respectively), while store managers and administrative assistants were the two with the least (4.9 and 4.7 years per job respectively).

Overall, the study suggested that workers tend to stay longer in roles requiring more employer-specific knowledge, and where it takes longer time to become proficient.

4. Be cool about your school

The study concluded with some advice for job seekers: be careful about how you present your educational background in situations where it could signal to employers that you won’t stay long.

A solid education buys options and mobility, which if played right can signal that you are very competitive in the job market. But for occupations with high rates of job hopping, it can easily make you look overqualified, or likely to outgrow the role quickly.

For roles where job skills transfer relatively easily, you might not even need the degree or certificate. The study found many employers place far less weight on credentials when hiring for roles where employees don’t stay long. Still, job seekers should do their homework, reviewing job ads carefully to determine which credentials really do matter.

Access additional findings, plus a free PDF download of the full report, via this link: 2018 Job-Hopping Report. 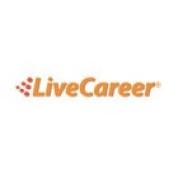 Your Social Media Accounts: Clean Them Up Before Job Hunting or Leave Them As-Is?

Pre-Interview Prep: How to Interview Your Employer Online

[INFOGRAPHIC] How To Win The Job

6 Tips for Using Pinterest and LinkedIn to Find a Job